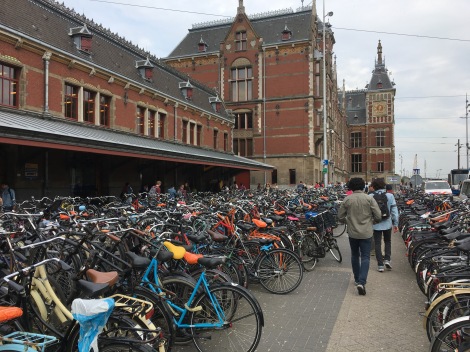 There are things every city is known for, and after my recent return from Europe I thought I’d share those that stood out for me when I think of Amsterdam. The first, of course, is the preponderance of bikes everywhere. Parking lots and streets are full of them. A pedestrian, upon crossing the street, must be wary of buses, trams, trains and bikes going both directions.  The city has the requisite infrastructure to ensure that bikes are as important on the roadway as any other vehicle. It’s rather nerve racking however when you see a young mother navigating the busy traffic while pulling two little children in a type of bike trailer behind her –  and not one of them wearing helmets. 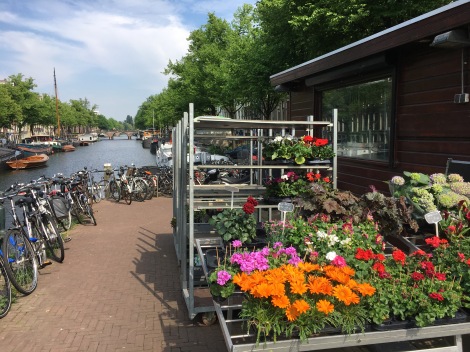 Amsterdam is known for its canals throughout the city and of course its flowers. This is a photo of a small canal-side shop but there are several large markets selling pretty much every type of flower bulb you can imagine. Tulips are my favorite flower and it was disappointing to learn we missed the tulip season by about two weeks. The dates change each year based on the weather and temperatures. 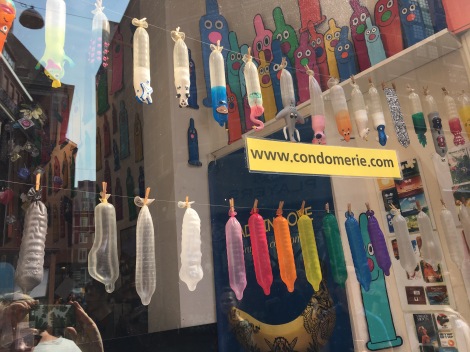 Of course, we can’t forget about the Red Light District. Although we didn’t spend much time here, I did enjoy looking at the window displays. The ones in the photo above were fun to look at. The ones below might be, ahem… more fun to eat? A deal at 4 Euros each! 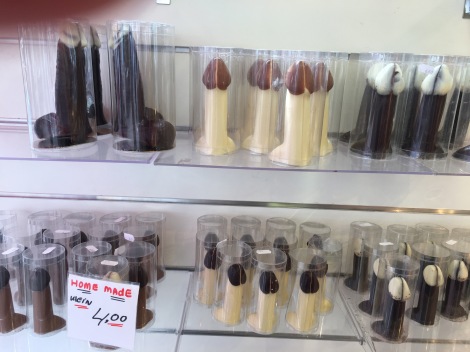 Of course there’s the food. We planned to enjoy a Rijsttafel or rice table, an Indonesian  specialty that we saw on a Rick Steeves special on PBS. It looked amazing when he had it but what we got was less spectacular-  although the food was tasty enough. I don’t think it was worth $50 per person though. 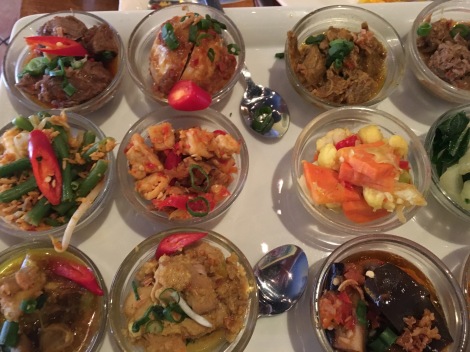 And then there’s beer and pub food: Dutch beer and a hummus and parmesan with red pepper sandwich. Sidewalk cafes and pubs are everywhere and if the weather is nice, they’re packed with locals and tourists alike. 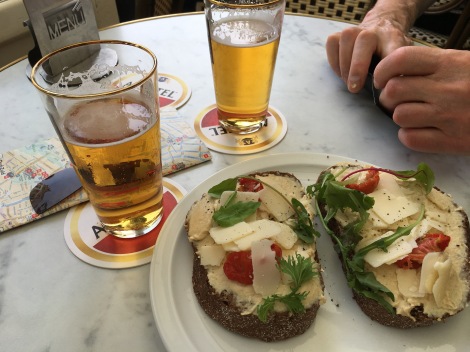 And who can go to Amsterdam without visiting the Anne Franks House? But the best was the Rijksmuseum and the Van Gogh Museum. The Rijksmuseum is an architectural marvel in itself. It took more than 10 years to renovate and to really appreciate this place it’s a good idea to watch the video on the restoration of this building. 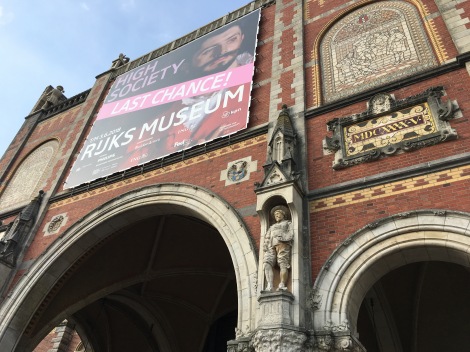 The Van Gogh museum was a nice surprise. The focus of the major exhibit was on the influence of Japanese prints and art on van Gogh’s work. There was also a room specially devoted to van Gogh’s early landscapes and drawings. I had no idea he was such an excellent draughtsman! 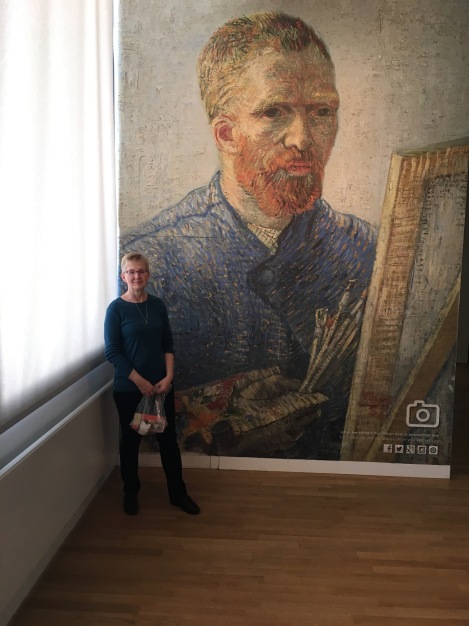 There are also some wonderful house museums but I’ll save those for my next blog post. Writing this post was like experiencing my trip all over again. I really enjoyed Amsterdam.