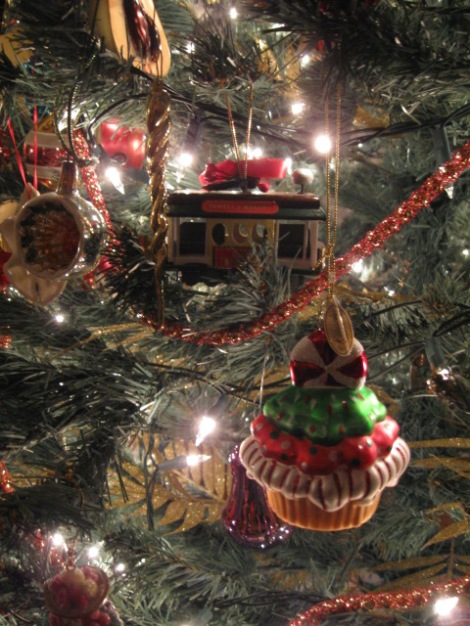 Collecting vintage Christmas decorations is an natural outlet of my love of antiques. It is oh so easy to buy contemporary packages of glitzy decorations and decorate a tree overnight but it takes often years to collect vintage ornaments in sufficient numbers to make an impact on a tree.

So what do we know about the first Christmas decorations? Glass ornaments were first made in Lauscha, Germany in the 1800s. This cottage industry involved the entire family. Men did the glassblowing and women did the silvering. Even the children were expected to help.

Eventually German entrepreneurs began to manufacture ornaments on a mass scale. Queen Victoria’s husband, Prince Albert,who was German, brought the traditions to his new home in England and it wasn’t long before the British adopted the idea of a decorated tree at Christmas.

In the 1840s, Europeans immigrating to North America brought with them their Christmas traditions. Prior to that, Christmas was not widely celebrated in North America. And then… the idea caught on in a big way.

Until 1925, virtually all hand blown glass ornaments were manufactured in Germany. More then 250 million Christmas ornaments were being imported to the United States. After WWII, the Lauscha area, however, became a part of East Germany. Many glassblowers fled to West Germany and the industry declined. Around this time, Japan and Czechoslovakia began producing ornaments for the North American market.

At the same time the Corning Company of Corning, New York began to create glass ornaments at the urging of Max Eckhardt who created the Shiny Brite Company (eventually sold to Radko). Business magnate F.W. Woolworth was the first North American retailer to sell glass ornaments. It is said that he was not too sure about this new product line until he realized he was selling more than $25 million worth of ornaments in his five-and-dime stores. 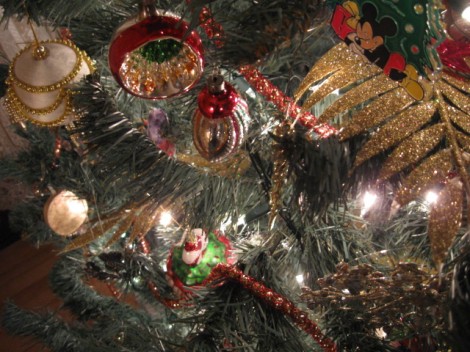 World War II broke out in 1939 which caused severe material shortages and forced Corning to do away with the earlier practice of making the inside of the ornaments silvered on the inside (to make them shine brightly for longer periods) Instead they simply decorated the clear glass balls with simple thin stripes in pastel colours which required much less metallic oxide pigment.

2 responses to “Where did Christmas Decorations originate?”