Egan vase probably from the 1950’s period of production

The Wild Rose Antique club held its annual antique show this weekend. I have attended this show for more than 20 years and slightly more than half of those years as a dealer. Now I go as a buyer / researcher and just for fun. It’s a great way to reconnect with people in the antique world. On the business end, I check current price ranges for most common items and use this information for when I do appraisals.

I also like to see new (old) things. Like most people who have collected a long time, I find that an item needs be different enough to pique my curiosity. This year it was the vase you see pictured here. I learned from the dealer that it had been made by a woman potter from Nova Scotia who started her business in the 1930’s. Her name was Alice Mary Egan (1872-1972) (Hagen was her married name).

I loved the fact that:

1. I was learning about a new Canadian pottery company that I had never heard of before.
2. The company had been started by a 60 year old woman.
3. This woman is known for almost single-handedly starting the studio pottery movement in Nova Scotia. 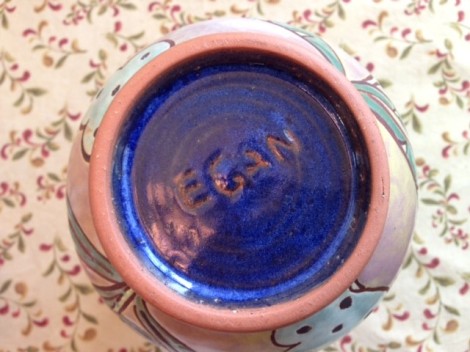 According to the Art Gallery of Nova Scotia’s web site:

Hagen is considered to be the founder of the studio pottery movement in Nova Scotia although it was only in 1931, at the age of 60, that she, after a tour of Europe, set up her own pottery studio and kiln in Mahone Bay. She studied with Robert Prescott, a potter located in Lantz, Nova Scotia, and began to work with local clays. She remained at active potter into her 90s.

Besides being an innovative potter, Hagen was also an influential teacher in the province. She was a teacher of china painting at the Victoria School of Art and Design from 1898 to 1901. She also taught pottery classes at her studio and at Lantz and Antigonish for the Nova Scotia Department of Education. 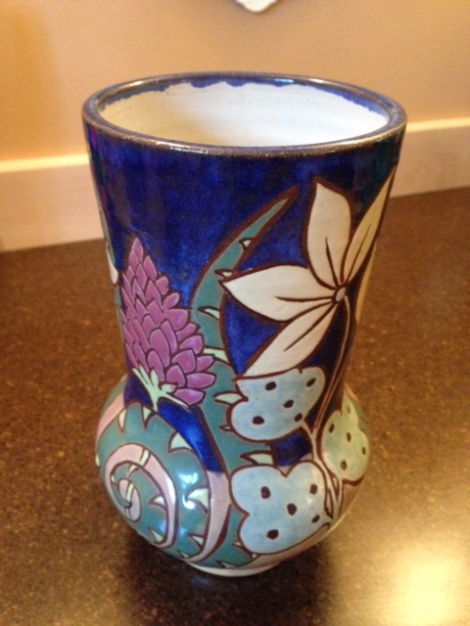 By 1896 she had acquired a sufficient degree of fame to be 1 of 16 artists commissioned to paint a state dinner service for the Governor General.There are several sites with information on her life and her art. Her work changed a great deal over the years she was in business as it should.

I was very happy to “meet” Alice Mary Egan – and now I’ll be on the lookout for more of her pieces – they’re very reasonably priced now but …who knows?